The BopCats typically play swing music of the 1940’s including charts by well known artists such as Stan Kenton, Glenn Miller, Count Basie and many others.  We play a diverse book that covers songs from the 1930’s to the present day.

Over the last 15 years the BopCats have performed for former Governor Tom Ridge at the Three Rivers Regatta, at the Byham Theater in Pittsburgh, the Penn State Concert Series, hangar dances that honor our veterans, several l 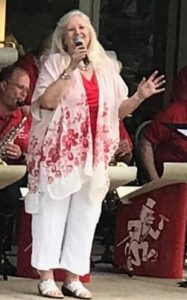